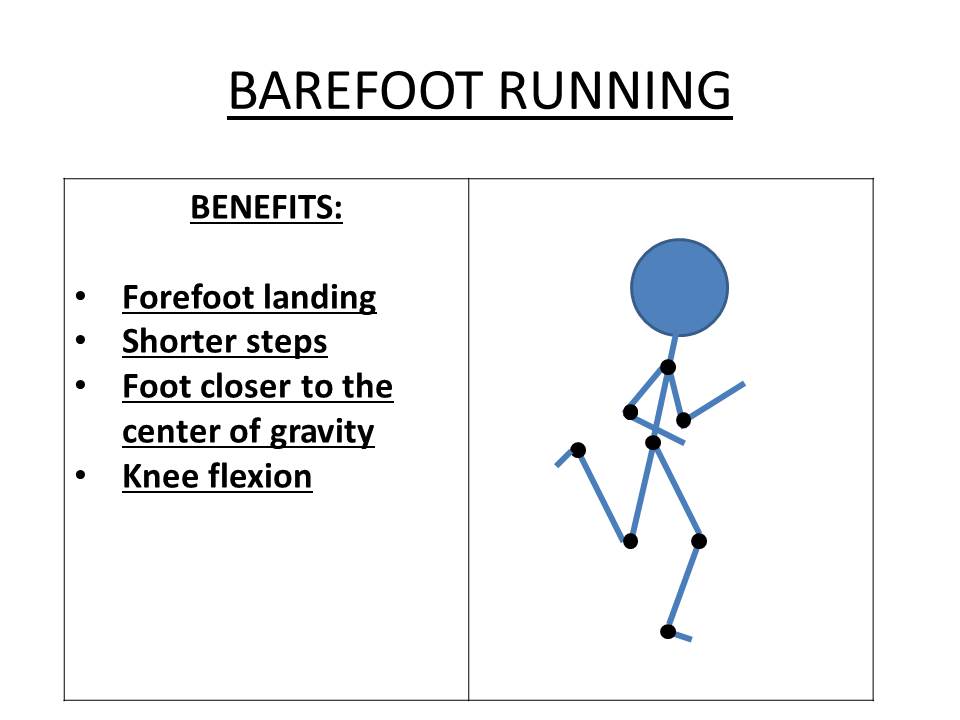 The truth about BAREFOOT RUNNING

The last 5 years have seen an explosion in the media surrounding the barefoot running debate. Predictably there are fierce supporters on both sides: Those that think that humans were born to run barefoot and those that believe that barefoot running is just a crazy fad.

So here is what we know so far on the barefoot running debate-:

Despite major advances in shoe technology, there has not been a significant reduction in the injury rate of runners

There is NO evidence to support the effectiveness of high quality cushioned running shoes to prevent injury.

Good quality studies examining the injury reduction benefits of barefoot running compared to running in shoes do not yet exist. 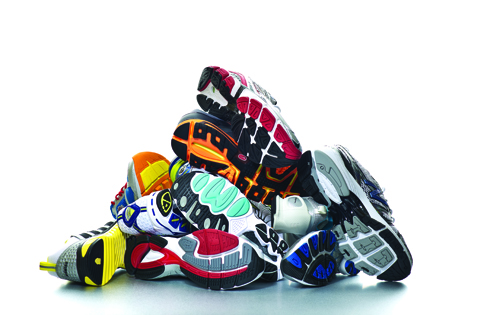 Barefoot running has been shown to significantly alter ones running style. Barefoot runners generally forefoot strike (FFS), take shorter steps, have a faster cadence and land with their foot closer to their center of gravity.

Lieberman has found that these changes can cause a significant reduction in impact peaks (see this article for an in depth explanation of foot strike and impact peaks). High impact peaks have been found to be a predictor of running injury as these forces generate high stresses in tissues

The reason for this reduction is that when one forefoot strikes, impact is absorbed through the soft tissue of the foot and ankle.Forefoot strikers also tend to land with a more flexed knee which has also been shown to dampen the impact. Shod runners tend to land on their heel with a straighter knee. Heel landing generally cause higher impact peaks as the heel is a terrible shock absorber being mostly bone. Impact is absorbed through a collision between the heel and the ground.

In addition, because barefoot runners are able to feel forces on their feet (much more than shod runners) their bodies are able to institute shock reducing behaviours during running. Barefoot runners believe that this proprioceptive feedback can help prevent injury- however these theories have yet to be tested.

Although barefoot running places less load on the hip and knee, it may in fact place higher load on the ankle and foot causing an increased risk of certain injuries such as Achilles tendinopathies, injuries of the foot and stress fractures of the metatarsals . In addition, unless done with extreme care, transitioning from shod to barefoot running can cause a multitude of problems due to body taking time to adjust to new forces.

If you are running happily without injury and you have some variety in your running schedule (different surfaces, different paces, different shoes) don’t change anything! If you want to add in some barefoot running- why not? You may discover you like it! I would however be extremely cautious when starting-start slowly with very little mileage and build very gradually. You will start to feel muscles that you never knew existed!

If barefoot running doesn’t interest you- don’t be concerned. It seems that it is not the actual act of barefoot running, but rather the gait alteration caused by barefoot running that are believed to be beneficial to runners. Although these alterations may be easier to do running barefoot, they can also be achieved when running shod. There is some evidence to say that runners with knee and hip injuries may benefit from these alterations of forefoot striking, shortening of stride and increase of cadence. Consultation with a physiotherapist or coach who specializes in runners is useful when making changes to your running style.