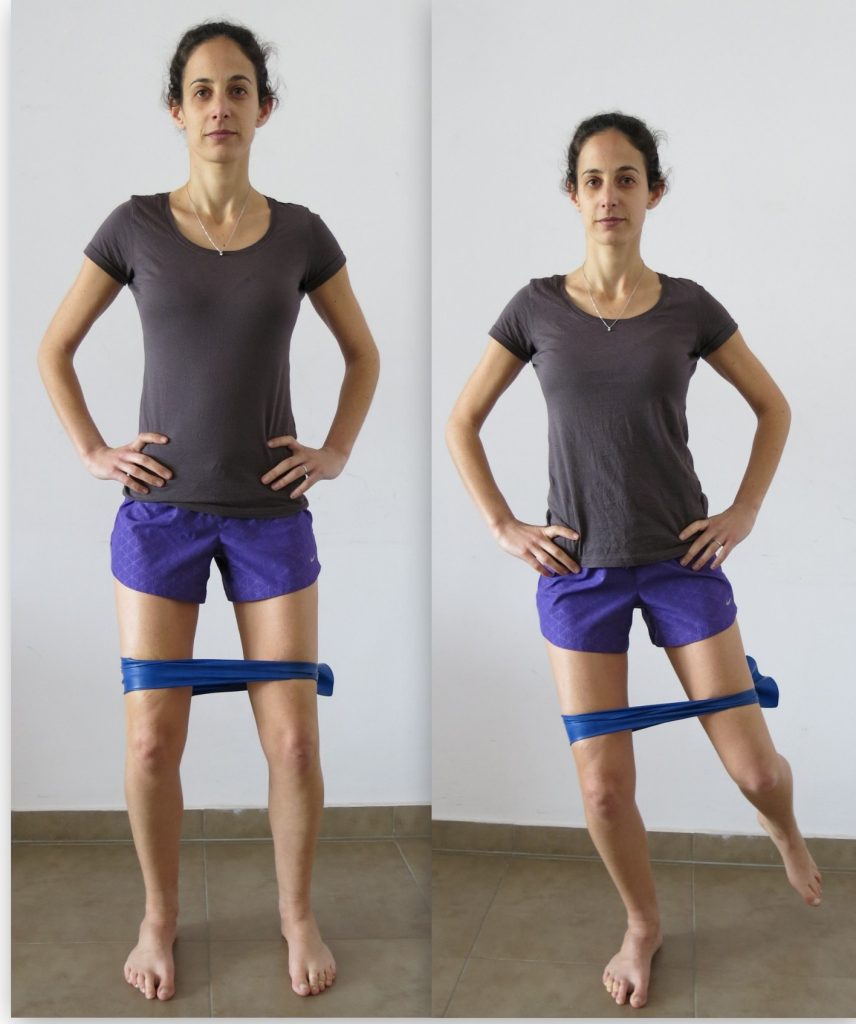 Runners knee- what is it and how to treat it

Runners knee, also known as Patellofemoral Joint Syndromme (PFJS) is a problem that is common in both runners and cyclists. According to an article by Fredrickson et al, 2006, PFJS accounts for 25% of all knee problems treated in sports clinics.

PFJS is a condition which results in pain around or behind the patella (knee cap).Pain is usually aggravated by activities which put high load through the knee cap, like squatting lunging or going down stairs. Running, especially downhill seems to aggravate symptoms. Long periods of sitting, kneeling or putting any pressure on the knee cap can also result in pain. There may be clicking or grinding noises coming from the knee cap.

Anatomy of the Patellofemoral joint PFjt):

Several forces act on the patella to provide stability and keep it tracking or moving normally within its grove.  Below is a list of factors which can cause the patella to mal-track, putting uneven pressure on the undersurface of the patella, resulting in pain.

What causes the patella to maltrack from its position:

1)      Muscle Imbalances:  In order for the patella to track properly within its grove on the femur, there needs to be a balance of forces between between the muscles on the outside of the knee (the Illiotibial band- ITB) and the muscles on the inside of the knee (Medial Quadriceps). Often the Illiotibial band can be too tight and the quadriceps too weak causing the patella to track laterally and causing pain.

2)      Poor biomechanics: Poor biomechanics can have a detrimental effect on the PFjt. For example, flat feet can cause the femur to rotate inwards causing an imbalance in the forces around the kneecap resulting in pain.

3)      Proximal weakness and poor movement control (see Picture 1): The hip abductors play a strong role in control of the lower limb. Just like flat feet may cause the femur to rotate inwards when running, so can weakness in the abductor muscle resulting in a decrease in movement control and pain

Adduction and internal rotation of the femur

Inward rotation of the femur due to poor movement control

The patella is very much affected by tissue that surround it. Tightness of the ITB, quadriceps and hamstring muscles can all affect the patella.

Poor running or cycling technique, can often put unequal stresses on the lower limbs resulting in increased pressure on the PFjt and pain.

In order to treat PFJS effectively, one needs to identify which of the above 5 factors are contributing to the problem. Finding the root cause of the problem is as important as treating the symptoms and will prevent a relapse from occurring.

1)      Treating muscle imbalances: Soft tissue techniques to release the Illiotibial band and patella mobilizations are often techniques used in the treatment of PFJS. Strengthening the quadriceps muscle has been shown to be useful in the treatment of PFJS. It is important that exercises are not painful. Both open kinetic chain movements (those where the foot is not fixed – like straightening your leg in sitting) and closed kinetic chain exercises (those where the foot is fixed- like a squat) are shown to be useful for improving strength in PFJS patients.  This article by McGinty et al, 2000  talks about OKC and CKC exercises and which degrees of movement are best for strengthening the knee.  McConnel taping (see video below) can also be useful is activating the right muscles around the knee joint.

3)      Treating proximal weakness and muscle control:  A quick test often used is the one leg mini squat test seen in the video below. Poor control at the foot, hip or core area can result in an adduction movement at the hip, causing uneven pressure on the PFjt . Correction exercises- using theraband can often be useful for people that suffer from this condition (see video below)

4)      Stretches to increase flexibility: Tightness of the ITB quadriceps and hamstrings can be treated via a good stretching programme

5)      Correcting running form: Running or cycling technique should be assessed and if necessary, corrected by your physiotherapist or trainer.