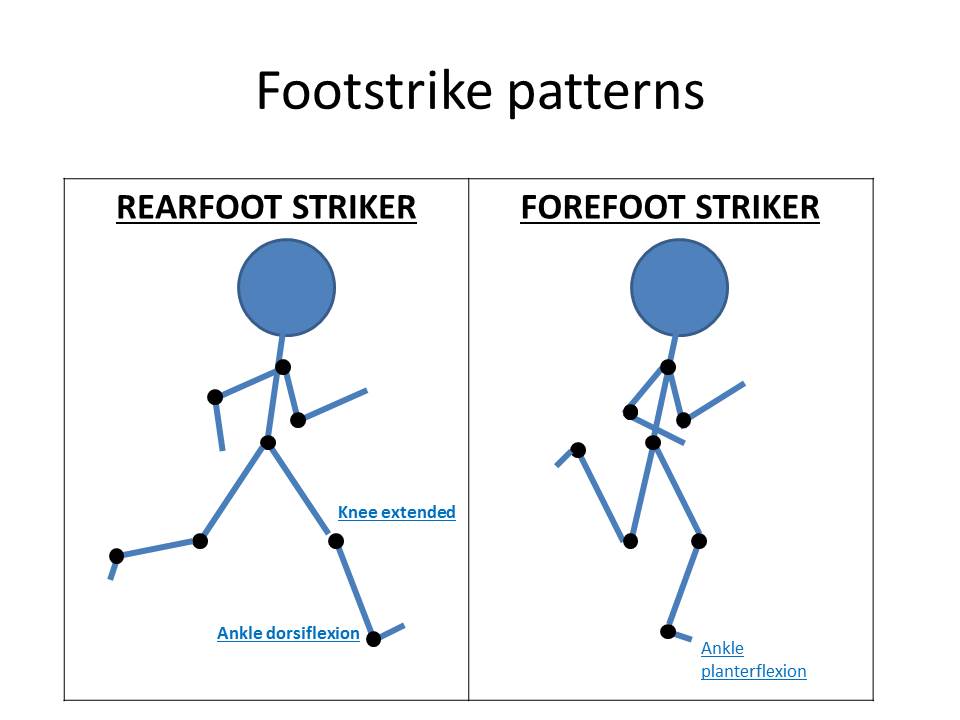 Footstrike: does it really matter?

Nowadays everybody in the running community is talking about footstrike with the big question being: can a change in footstrike result in a decreased risk of injury or even more- help to cure injuries!!?

Footstrike is the first contact that the foot makes with the ground which each stride. Runners have been classified into 3 different groups according to their footstrike.

It has been shown that the majority of runners are in fact RFS.

Considering the foot is the only part of our body to contact the ground when running, foot strike has been studied in detail.  When a runner’s foot collides with the ground the body rapidly decelerates and a shock wave or force is transmitted through the body. This force is known as the ground reaction force GRF (see figure 2).  and can be divided into a number of components, anterior-posterior (along the direction you are travelling), horizontal (side-to-side), and vertical (straight up and down) Of these, the vertical GRF is the greatest in magnitude. 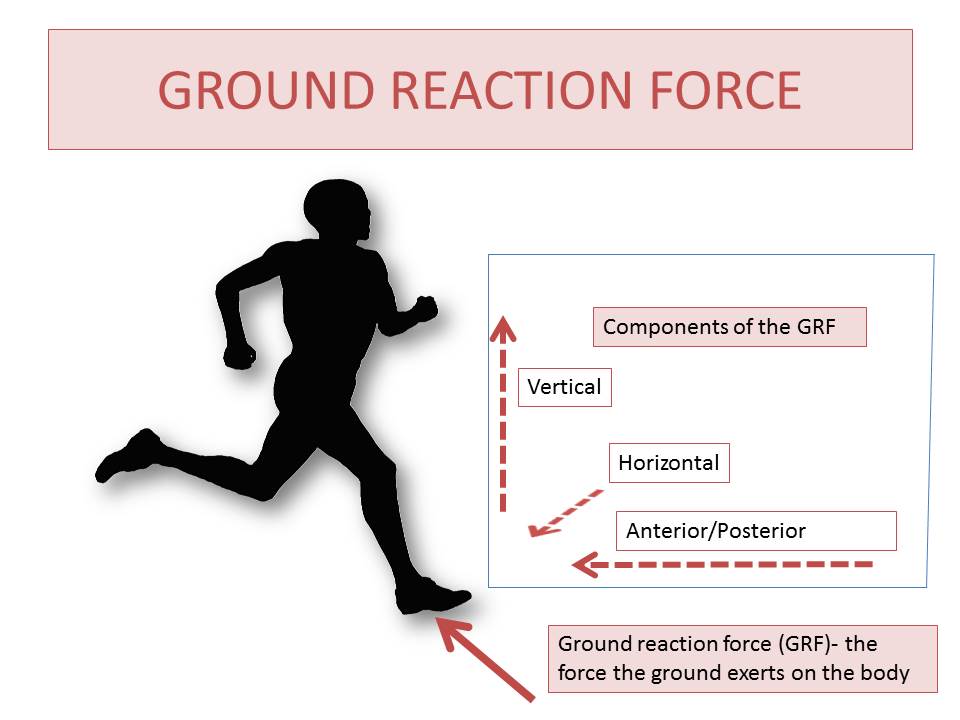 There are 2 parts of the vertical GRF which have been thoroughly researched. The first is called the impact peak and results from the initial contact of the foot on the ground. The second is called the active peak and occurs during midstance when our full body weight is on our foot Some studies have found the rate and magnitude of impact peaks in runners is a predictor of running injury as these forces generate high stresses and strain in tissues.

Is footstrike type that important

Footstrike has been found to reduce impact peaks in runners. In fact, many studies have shown that FFS and some MFS landings do not generate any noticeable impact peak in most runners.

It is becoming more and more clear however that humans do not use a single footstrike under all conditions. Different footstrike patterns depend on what shoes one is wearing, what speed one is running at and what surfaces one is running on. In addition, many researchers now speculate that it is not the footstrike which actually matters, but where your foot contacts in relation to your bodies centre of mass which is key.

Rearfoot striking typically causes you to land with your foot farther in front of your body’s centre of mass (see figure 1). This is commonly know as overstriding. One thing that everybody in the running world tends to agree on is that overstriding is bad news! Not only will overstriding cause a braking force that will slow you down, it prevents the body’s natural mechanisms from absorbing any shock leading to higher risk of injury. Reducing the length of your stride (taking smaller steps) and landing with your foot closer to your center of gravity seems to be the variable that actually decreases impact more than footstrike.

How do I prevent overstriding.

It has been shown that barefoot runners and those that run in minimalist shoes are often able to land on their forefoot with their foot landing close to their centre of gravity. But taking your shoes off is not the only way to reduce stride length. Some studies have shown that running faster (otherwise known as increasing your cadence) are effective ways of reducing your stride and tissue loading .This article shows that an increase in stride rate of even just 5-10% can reduce loading on the knee and hip and may be beneficial in the prevention and treatment of running injuries.

Some concluding advice from a physiotherapist:

If you are running and not getting injured- don’t change anything.  If however you are injured, it may be worth being assessed by a Physio who specialises in running injuries to see how changes in footstrike, an increase in cadence or a shorter stride may help you recover