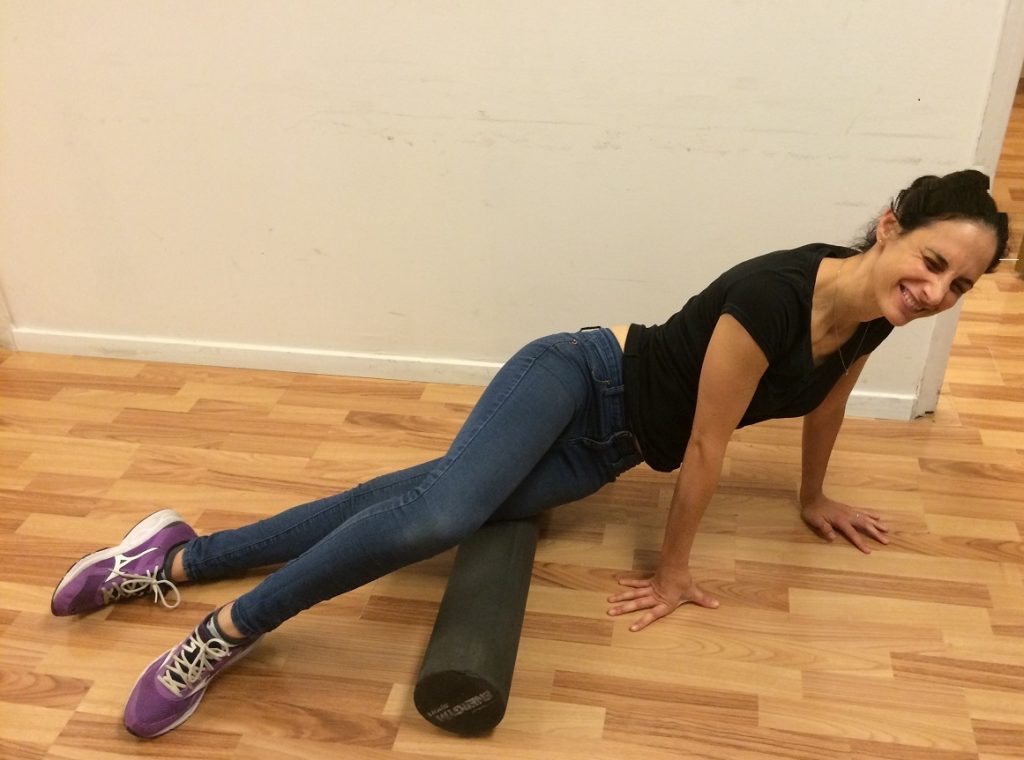 The foam roller and the ITB: to roll or not to roll

Since my previous ITBS article was written a few years ago, there have been some updates to the latest evidence surrounding ITB syndrome and its treatment. One very popular treatment given by practitioners to patients suffering from ITBS is the foam roller. Patients are instructed to use their body weight to ‘massage’ the ITB whilst rolling up and down on a foam cylinder (see pic below) If you have ever tried this or even been witness to someone trying this you will know that it is EXTREMELY painful. Excruciating. Even in those that have no ITB symptoms. But is it worth it? Do the benefits outweigh the detriments? In order to answer these questions one must first understand, what Iliotibial band is and and a bit about the pathology of ITBS. 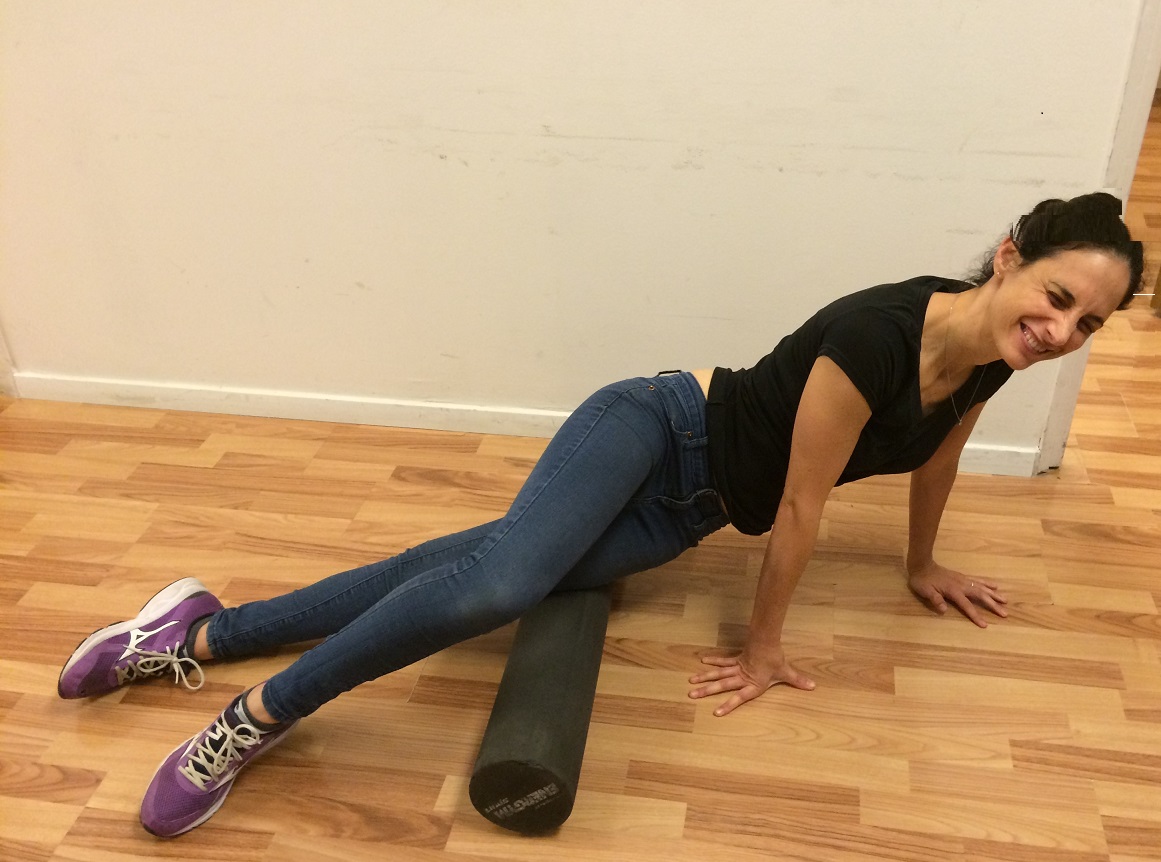 What is the ITB?

Firstly the Iliotibial band is a piece of fasia- it is not a muscle and has no contractile components. You cannot stretch it – it has no control over its own position. Instead it is affected by the muscles that insert into it from above- namely the Tensor Fasica Lata and the Gluteus Medius. The ITB ends bypassing over the lateral condyle of the femor and inserts into the tibia. To protect the ITB from rubbing over the lateral condyle there is either a bursa or a fat pad (which is highly innervated) which lies underneath the band

A problem of friction or of compression?

For may years ITBS was throught of as a friction syndrome. The repetitive motion of flexion/extension of the knee during the running cycle was thought to cause rubbing of the  band the femoral condyle causing pain and inflammation. New research has come to light explaining that ITBS may be more of a compression problem. This occurs when the ITB is compressed against the Bursa or Fat pad causing inflammation of these structures

Compression is generally caused by an increase in tension in the ITB. However as mentioned above the ITB is not a contractile structure and therefore cannot shorten within itself. Instead compression takes place by a change in the origin or insertion of the band.

To Roll or not to roll

In addition, the ITB is a very sensitive area (more so when injured) and exacerbating pain is feeding into strengthening a pain pattern – one which we are trying to reduce when treating this syndrome

So what can be done

3) Correcting muscle imbalances/ biomechanical faults that are causing the problem.

The symptoms of ITBS can be treated by anti-inflammatories, releasing tight soft tissue structures that may be contributing to the problem, kinesiotaping to reduce pain and various other techniques. More importantly however is to treat the root cause of the problem  (point number 3) and this is more complicated. A whole article needs to be dedicated to addressing biomechanical faults – so watch this space