Cadence (step rate) and why it is important in runners

Cadence (otherwise known as step rate) is a topic which is relatively well known in the running community. Majority of this knowledge centers around the notion that 180 steps per minute is what a runner should be aiming for. Why this particular number?

The 180 myth was perpetrated by a famous running coach Jack Daniels who observed many Elite athletes and found there cadence to be over 180 steps per minute. Somehow things escalated from there and now many running websites, articles and running applications are regurgitation that 180 steps per minute is the magic number to aim for.

Lets just be clear. There is nothing special about the number 180 and no research to date has proven that 180 steps per minute is superior to any other cadence.  180 makes sense at some speeds in some runners but not in others.

So is the number of steps one takes per minute important or not? The topic of cadence has been researched in detail and some interesting results have been found.

To understand cadence we must look to the following equation

The number of steps we take in a minute can affect our speed. If we want to increase speed we can take bigger steps or more steps or both. Conversely, at a given speed, increasing our cadence can reduce our stride length

Stride length (or how big a step one takes when one runs) has been shown to be an important factor in runners. We all know that overstriding is bad. Overstriding can create a low stride rate because it can cause ones foot to land in front of ones centre of gravity. This not only causes a breaking force but can slow a runner down as it takes time for him to get his body over his foot. It is the elimination of overstriding which is key in runners and not necessarily increasing cadence. If a runner is overstriding, then increasing his cadence can reduce his stride length at a given speed. 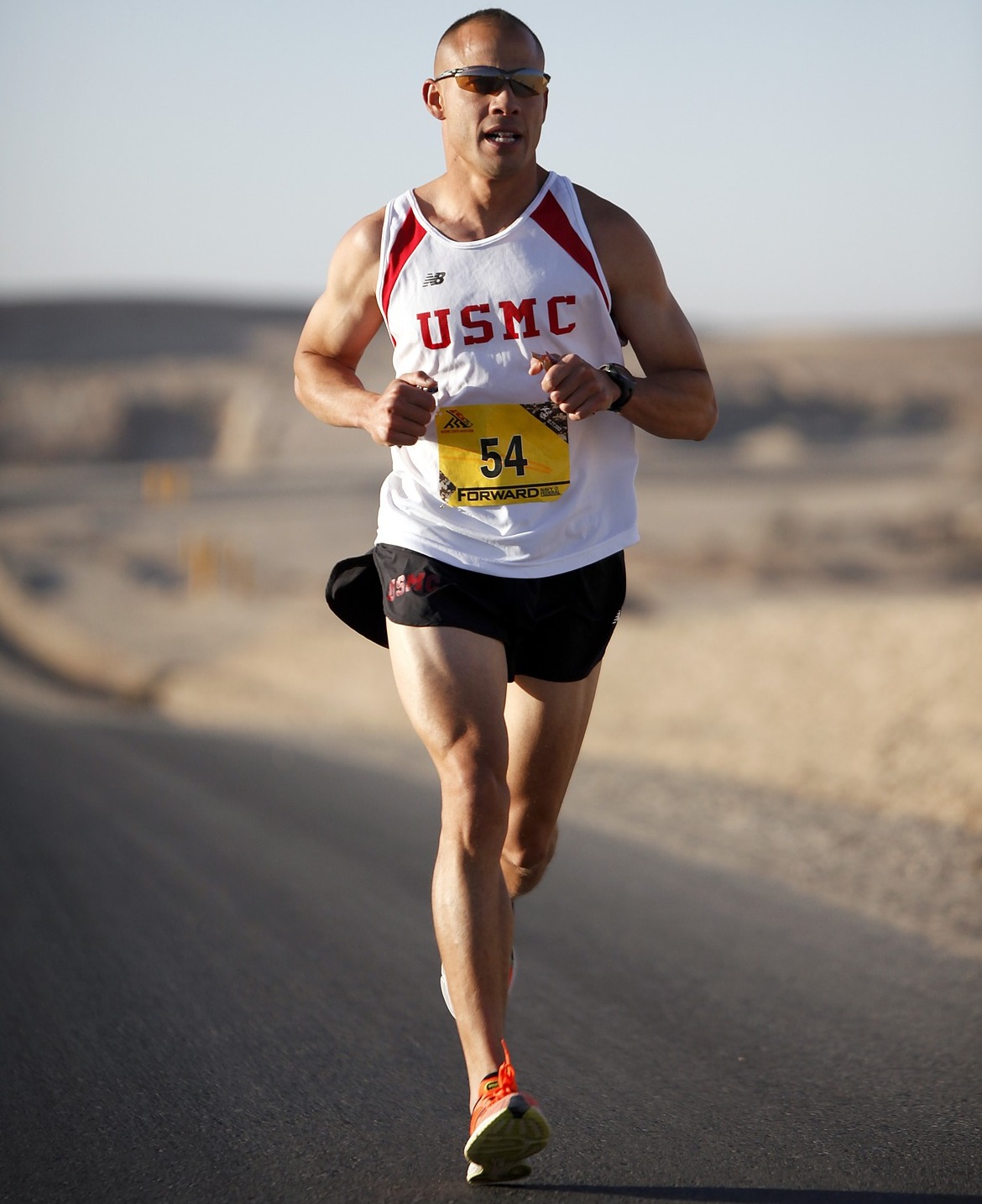 There has been various articles published on the topic of the effects of increasing cadence (and therefore reducing stride length) at a given speed. This systematic review by Schubert et al 2013 showed that increasing cadence resulted in a :

And lastly this study by  Lenhart et al study showed that there was a decrease in peak patellofemoral joint forces when step rate increased to 110% of the participants preferred step rate.

What all these studies show is that a subtle increase in cadence can decrease the amount of load going through the knees.  This decrease in knee load has also been seen in studies on barefoot running and forefoot striking (perhaps because these usually encourage a runner to take smaller steps)For those who are experiencing knee pain, a subtle increase in cadence (between 5-10%) may help decrease knee pain during running.

It is important to note that if load is decreased in one tissue it means it is increased in another tissue. Load cannot just disappear. It is simply moved around the system. It may be that an increase in cadence puts more force through the ankle and less through the knee (similar to forefoot running) but this hasn’t been proven yet.